I began to write the poem "Avos" in Vancouver.It is the true information that Rezanov led his ships into Vancouver bays and every morning watched the hills which were so similiar to those he loved in San-Francisco, where dating with "the Gispanish beauty" he could caught a sight of challenging features in her character which he openly told about on the 17th of June in 1806. At down when hippies and pine-trees calmed down,having returned the ticket for a plane,having also broken the schedule of the performances I read galloping the pages of a great thick volume by J.Lensen, following the fate of our brave compatriot Rezanov. The Real Chamberlain, a creator of a Japanese dictionary, a dreaming Derzhavin`s and Dmitriev`s companion and acquaintance, he reached California seized by the crazy idea and torched by storms,. The crew was starving. “The people fell ill with scurvy. At midnight we used to freshen with shells we had found and the rest of time we used to shoot eagles, crows, in other words, ate what we had managed to catch”. It was April. In San Francisco Rezanov, wearing the gala uniform, seduced Concha Arguello, a city commandant’s nice daughter . Mind that it was April. They got engaged. A sudden Rezanov`s death ruined their plans. Concha took a veil and became the first nun in California. Several books describing Rezanov in admiration were published overseas. Brett Garth wrote a ballad about Rezanov. I completed the poem in Moscow. There is Rezanov’s manuscript report in our Central State Historical Archives partly published by Tikhmenev (1863). A womanly handwriting in baroque style shows an intelligence and impressive heart. What a personality, pride and verbal gesture! “I’ve arrived at last. The governor welcomes me politely and my plans are also of great interest for him”. What a language!“… And in the end the spirit of importance and grandeur will die out. In other words: we will be like an old match, which is tried to light, but even a spark can hardly be gotten and nothing can be burnt with it. But when it could have been used for setting fire we hadn’t done it”. The way of criticizing of buyers is so similar to Avvakum’s: “If boyars knew, how many lives their hats and fur coats cost, they would cram their hats over the ears deeper!”. How wrathfully and naively in his letter to the Tsar he tries to correct all the mistakes of the humankind: “18.07.1805. On that very day I tried Kulikalov from the island Atkhi for cruel beating an American woman and her baby. Putting the criminal into irons was a ceremonial example of strict justice”. Rezanov was the leader of the first Russian round- the world expedition, which is surprisingly called Kruzenshtern’s. Kruzenshtern and Lisiansky traveled under Rezanov’s command and envied him. They didn’t get along with him. Rezanov arrived in San-Francisco having already got rid of their company. Khvostov and Davydov were his companions at that time. All the sailors were peasant slaves. Their money was quite enough to pay for the freedom. So their travel in the ocean was actually the way towards their freedom. Two sea officers happened to be in the poem. Their names are changed a bit. The author is not so unreasonable and light-minded to describe the real persons and to insult them with incorrect details . Both their images and names are only a slight echo of the real fates. The tragedy of the Evangelic woman, trampled down by a higher dogma is unproved though undoubted. The idea itself trampling the fife and feelings of people has no right to exist. Rezanov died in Krasnoyarsk on the 1st of March in1807. Conchita couldn’t believe the sad news about her fianc?’s death. In 1842 a well-known English traveler, a former Head of Hudson company Sir George Simpson having arrived in San-Francisco told her about Rezanov’s death in details. Conchita had been waiting for Rezanov for 35 years. Having believed in his death she gave an oath of silence and in some years’ time became a nun in the Dominique church in Monterrey. It’s clear that the images of poem’s and later of opera’s personages are not fully correspond to the originals. I wrote the opera libretto in 1977. The composer A. Rybnikov created the music based on the plot of the poem where he amazingly orchestrates the history of Russia, both eternal and present. In 1981 the opera was staged by M. Zakharov in the Lenin Comsomol Theater. In other words, if the poem makes readers turn to the original text of this sad story, the author’s work hasn’t been done for nothing. Translated by Olga Eglis link. The final aria from the rock-opera "Juno and Avos"("Yunona and Avos")
Автор: lastochka на 12:22 2 комментария: 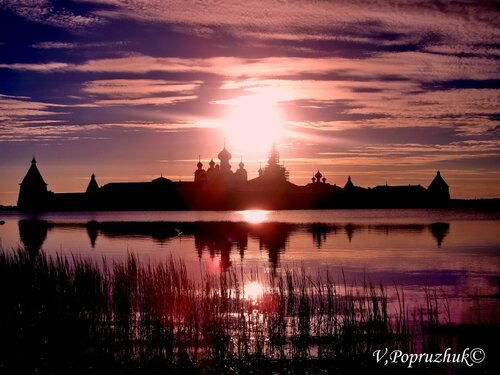 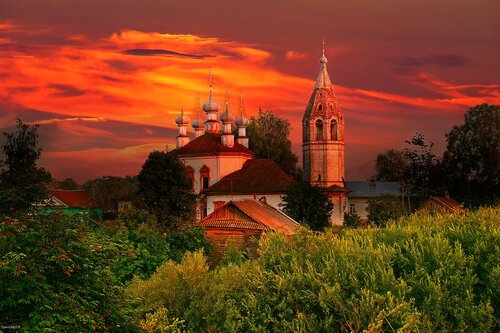 Ярлыки: The bicentenary of Russia's victory in the 1812 War with Napoleon

Martyn Andrews explores Buryatia, the republic in Siberia along the eastern shore of Lake Baikal. Personally testing the possible benefits of Tibetan medicine, learning from Old Believers how to make biscuits and joining traditional Buryatian athletic contests, he concludes that the republic is one of Russia's most multi-cultural.

HOW THE CITY BEGAN 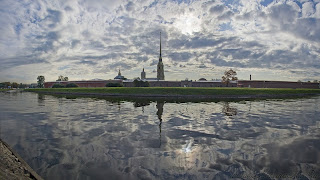 In the spring of 1703, on May 16th, on the day of the Holy Spirit, the construction of the fortress on the Zayachy Island began. Legend has it that when the first ditch was ready, Peter I took a stone box containing a gold ark with particles of the holy remains of Saint Andrew the First Called, and put it into the ditch. Then he cut two slender birch-trees, tied their crowns together and put the trunks into holes dug in the ground. The birch-trees marked the place where the gates of the future fortress were supposed to be. At that moment an eagle flying over the island came down and perched on the birch-trees. Peter, who saw it as a good omen, ordered to catch the eagle. He tied a kerchief around its legs and, holding the eagle in his hand, boarded a yacht and sailed off to the sounds of gun salute.

Peter named the fortress after his heavenly patron Apostle Peter. At first the name was pronounced in the Dutch manner – Sanct-Peterburh but was eventually changed into Sanct-Peterburg and remained such until the early 20th century.

Construction of the fortress proceeded smoothly and took just four months to complete. A rampart and bastions protected it from the outside. Inside a church was laid in honor of Apostles Peter and Paul. The church came to be known as Petropavlovskaya and so did the fortress, while the city springing fast around it took the fortress’s initial name – St.Petersburg.

When King Charles XII of Sweden learnt that the Russians were building a new city in the Baltics, he said: “Let Czar Peter do this useless job – build cities, and we will do better — capture them.”

August 1703 saw a landmark event for St.Petersburg as a future seaport: the first merchant ship from Holland dropped anchor in St.Petersburg’s harbor. It brought salt and wine. Peter, overjoyed, bid his guests a rousing welcome and lavished them with gifts. He realized how desperately the city needed a port and ordered to speed up its construction. Up to 20 thousand workers from all over Russia St.Petersburg. Admiraltywere brought in annually. Working in shifts for two months in terribly hard conditions, they were building the city. Things were complicated by a swampy soil and frequent floods, and the workers did all they could to save the fruits of their labor. They built embankments and dug drain canals.

As the Swedes were still hoping to recapture the area, Peter built a naval fort on the island of Kotlin just where the Neva emptied into the sea. The Kronslot fort, which eventually turned into a powerful sea fortress Kronstadt, had an enormous part to play in defending the naval approaches to the city. Peter instructed the fort’s commandant to maintain everything in strict order and fire warning shots as a signal for passing neutral ships to lower the sails and drop anchor, and in case they disobey, to open attack fire.

Now that Russia had an outlet to sea, it was only natural that it should have a navy. Peter used his architectural and engineering genius to design a shipyard. Construction began on November 5, 1704, and in just a year the Admiralty Shipyard, the cradle of the Russian Navy, was put into service. In the first quarter of the 18th century it accounted for half of all Russian battleships, 23 out of the 48. The ships had excellent combat characteristics, they were fast and maneuverable, a fact that even Russia’s enemies dared not deny. The Russian influence in the Baltic was rapidly increasing.

In 1709 the Russian army defeated the Swedes in a crucial battle at Poltava. Weakened by the protracted war with Russia, Sweden no longer posed a threat to St.Petersburg. This made Peter even more confident of the plan he had been cherishing ever since he started building the new city — to transfer the capital from Moscow to St.Petersburg. In 1712 he made an ultimate decision…