9 days till the Victory Day 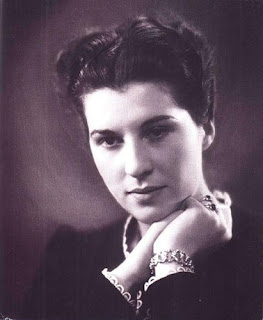 A few years ago, Anna Marly, the singer and songwriter associated with the best known song of the French resistance, decided to move to Alaska. She was "fed up with all the green lawns of civilisation" and wanted to find somewhere "close to wild nature". Anna, who has died aged 88, chose the small town of Lazy Mountain, where there is a Russian Orthodox church, St Tikhon, and there felt she was returning to her roots.

She was born Anna Betoulinsky in St Petersburg, in the month of the Bolshevik October uprising. Her father, an aristocrat, was arrested and executed in 1918 as "an enemy of the revolution". Her Greek mother took Anna and her five-year-old sister, and travelled by cart and on foot to the Finnish border. There she bribed the guards to let them cross, using jewels that had been sewn into her clothes. The family reached France, where they settled in Menton, among a group of White Russian refugees.

Even as a child Anna started to show promise as a composer, writing "many little songs". She was given lessons by Prokofiev and, at 16, spent a season as a dancer with the Ballets Russes de Monte Carlo. By then an accomplished guitarist, she moved to Paris and began her career performing her own compositions. She found her first success at the Shéhérazade cabaret in the Rue de Liège, "wearing a Medieval dress". "I was a pioneer, no one sang with guitars then, there was no Elvis," she told an interviewer two years ago.

Joining a composers' group, she was encouraged to find a stage name, and picked Marly by looking in the telephone directory. In 1938 she married a Dutch diplomat; after the fall of France in June 1940, they escaped via Spain and Portugal, eventually reaching London in the spring of 1941. Her husband joined the Royal Netherlands government secret service, while Anna made contact with the Free French representatives in London. She worked as a volunteer clearing bomb damage - "We were picking up arms, legs, a traumatic experience" - and in the canteen of the French servicemen's centre in Carlton Gardens.

Years later she quipped that "soup and chansons" go together naturally, so she sang for the men too. Among the visitors was the resistance leader Emmanuel d'Astier de la Vigerie (code-named Bernard). Along with the writers Joseph Kessel and Maurice Druon, he heard her sing, in Russian, her Song of the Partisans. Kessel and Druon adapted the words into French, and soon Anna was invited to sing it on the BBC French Service programme Honneur et Patrie, which still got through to clandestine listeners in France. She would whistle the opening bars, which made it easier for radio-hams to pick up the song.

With its opening words evoking the night-time raids - "Ami, entends-tu le vol noir des corbeaux sur nos plaines?" (Friend, do you hear the black flight of ravens over our plains?) - it became the single most famous song associated with Free French fighters and the resistance. It was recorded first by Germaine Sablon, and later by many others, including Yves Montand and Johnny Hallyday. Bernard wrote the words for another song, La Complainte d'un Partisan, which was destined eventually for worldwide fame: Personne ne m'a demandé/ D'ou je viens et ou je vais (No one has asked me where I have come from and where I am going). 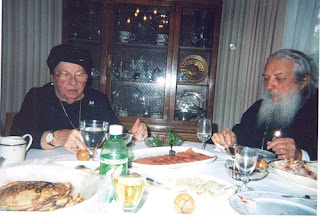 
Joining the forces entertainment service Ensa, Anna sang in English, French, Russian and Czech. She returned to Paris in July 1945, and sang her song in front of General de Gaulle. In later years there were disagreements with Druon and Kessel, who were sometimes wrongly credited with sole authorship of the song, which was re-christened Le Chant de la Libération. But Anna's contribution was finally acknowledged, and she was made a chevalier de La Légion d'Honneur and a dame of the Knights of St John of Jerusalem.

Whenever she reappeared in France, people would come with tragic and heroic tales, recalling how important the song had been in their efforts. After the war, she divorced her husband and married another Russian refugee, George Smiernow. In the 1950s they lived mostly in south America, while Anna continued to tour and write songs, including one for Edith Piaf, Une Chanson à Trois Temps.

After moving to the United States, Anna became an American citizen in 1965. Four years later Leonard Cohen recorded The Partisan, which he had first heard while still a child, singing it from The People's Songbook. It became a notable success, and many other singers have taken it up, among them Joan Baez, Esther Ofarim and Isabelle Aubret.

The renewed interest in Anna's work led to the publication of a book of Chants de la Résistance et de la Libération. Her autobiography, Anna Marly: Troubadour de la Résistance, appeared in 1980 and later she brought out a book of stories, Les Fables d'Anna Marly pour Rire et Réflechir de 9 à 99 Ans. In 2000 she was invited to join the service at La Madeleine to commemorate the 60th anniversary of De Gaulle's broadcast that launched the Free French army.

One of the things that pleased her most later in life was the knowledge that her songs were becoming known in Russia. With her own original words, The Song of the Partisans had come back to its homeland. In her house, a light was always burning beside an icon.

Ярлыки: 9 days till the Victory Day