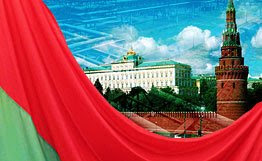 "Last week, Russia decided to issue a $2 billion loan to Belarus," the minister said, adding that $1 billion would be lent this year, and the other half in 2009.

Kudrin said the terms of the loan were currently being discussed and would be announced at a later date.

He also said proposals had been made to establish a single currency for Russia and Belarus and to review prospects for bilateral cooperation.

In late 2007, Russia and Belarus signed an intergovernmental agreement to grant Minsk a $1.5 billion stabilization loan for 15 years. Belarus requested the loan from Russia to pay for energy supplies.

Russia's energy giant Gazprom is planning to switch to market prices for Belarus, one of the leading transit countries for Russian natural gas supplies to Europe.